sermon preached at Church of the Ascension, Silver Spring, MD
by the Rev. Josh Hosler, Deacon, Seminarian
The Fifth Sunday of Easter, May 18, 2014


This sermon began as a newsletter article way back in 2005. I've always liked it, so I'm glad this week's lectionary gave me the opportunity to dust it off and add to it.

This was also my final sermon as a seminarian. I am incredibly grateful to the community of Church of the Ascension for giving me a space to grow over the past two years. Keep doing that Kingdom work of hospitality and joy that you already do so well. 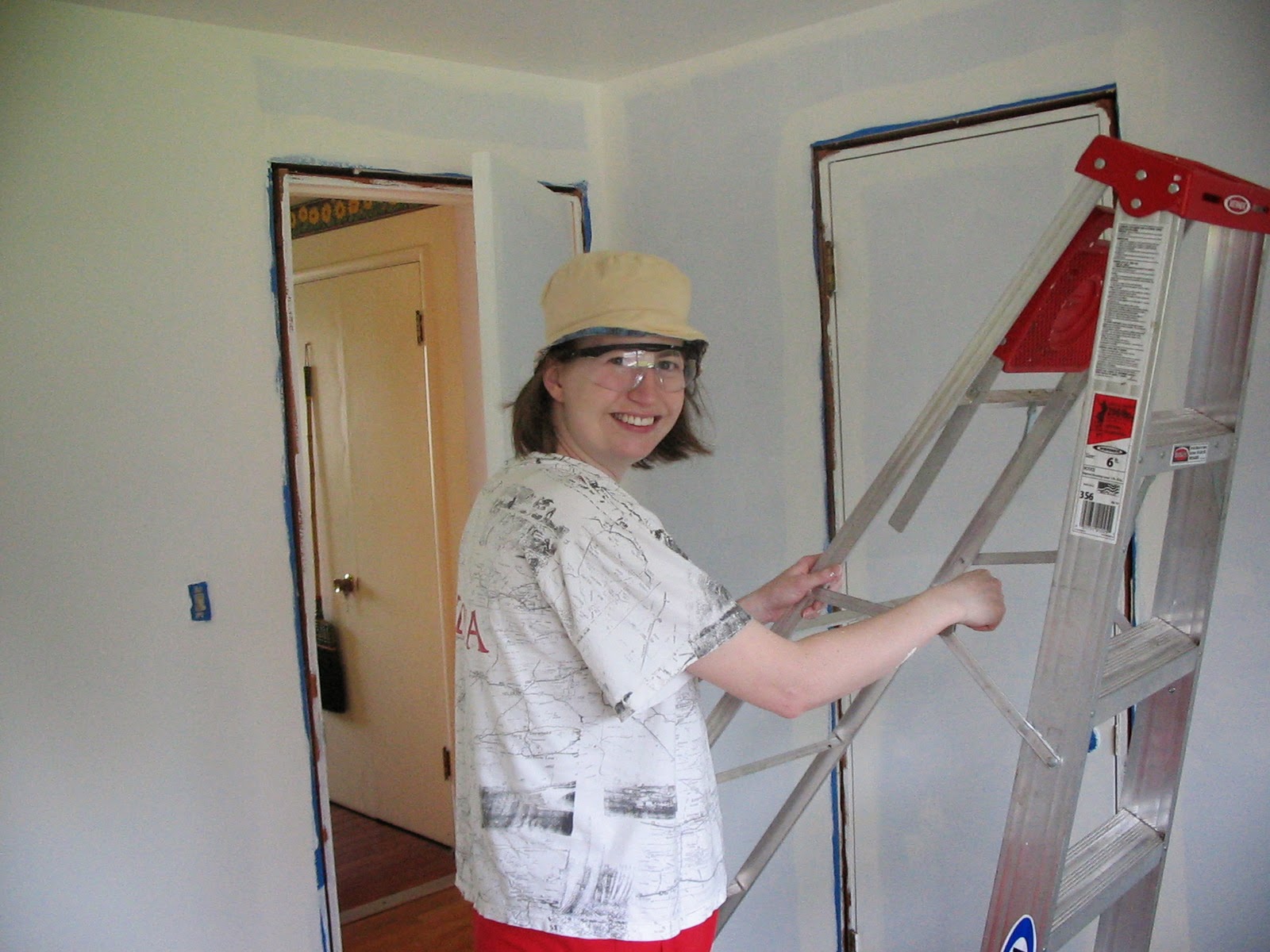 Nine years ago, when our daughter Sarah was on the way, my wife Christy and I converted one room in our house into a nursery. It had been the guest room and the library. It had been our place for stowing things we planned to deal with later. It had contained all the remnants of our respective college dorm rooms. Perhaps most importantly, it had been the place where one cat could sleep while the other slept in our room.

We gave away the guest bed. We sold several boxes of books, put others in the attic, and moved two bookshelves into other parts of the house. We finally figured out what to do with our old computer. We lovingly rolled up the Pink Floyd and Rocky & Bullwinkle posters, and we also put away the college pennants, the fraternity composites, and the prints purchased in Paris on European Quarter. While our older cat Epitome continued sleeping on our bed, young Henry grudgingly moved to the living room sofa. 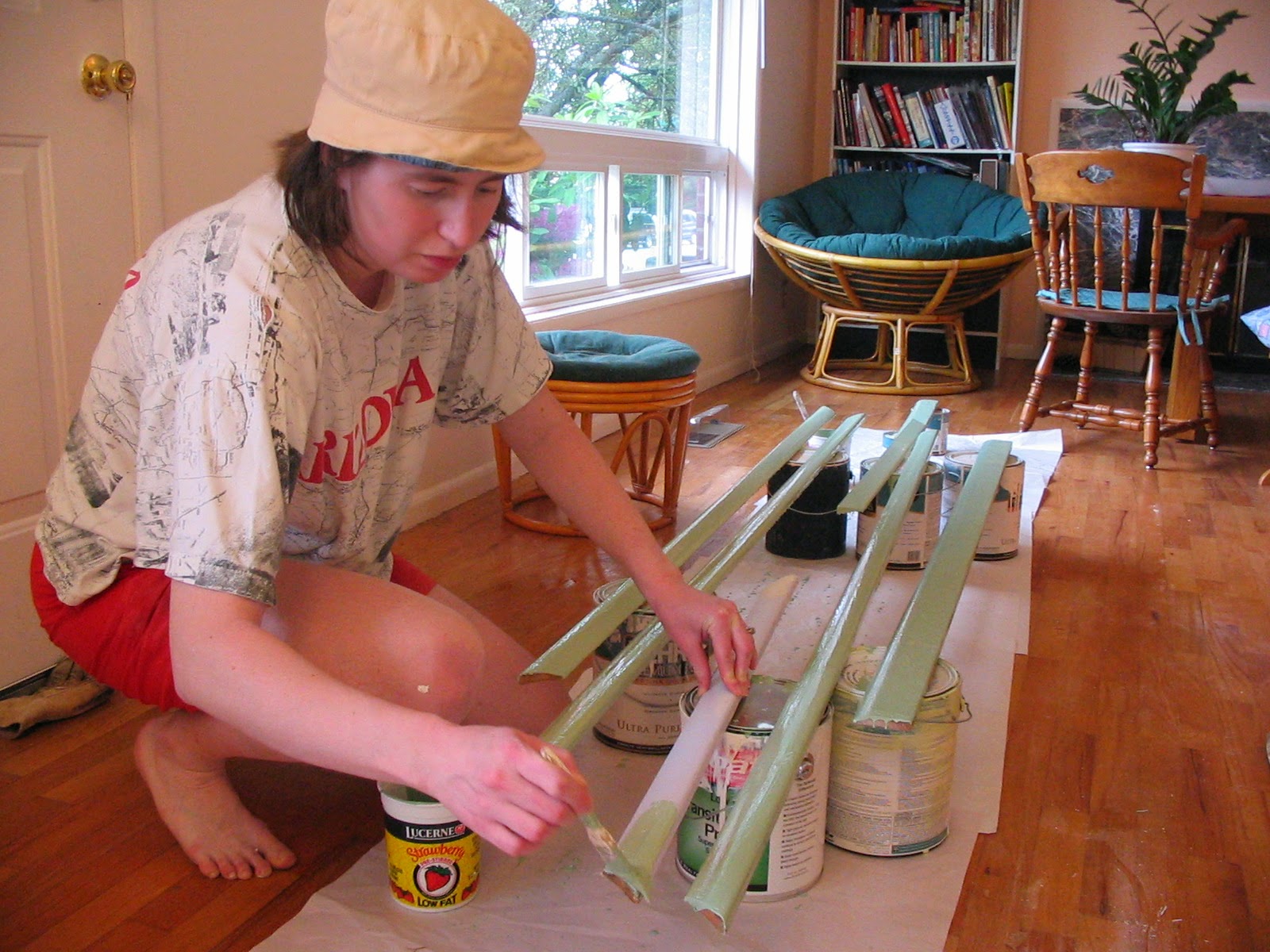 Once the room was empty, we pried the molding off the walls, only splitting a couple pieces of wood in the process. We sponged, spackled, sanded, and then picked up primer and paint. As we prepared the room for a new arrival, I imagined it to be similar work to the kind Jesus is doing.

In today’s gospel reading, Jesus tells his friends, “In my Father's house there are many dwelling places. If it were not so, would I have told you that I go to prepare a place for you?” It used to be that when I heard about Jesus preparing a room for us, I imagined Jesus putting sheets on the bed, or maybe opening the windows to let the room air out a bit. Well, I do appreciate those finishing touches. But now I imagine Jesus prying nails out of old boards, replacing the boards that have split, filling in holes with spackle, putting on an old T-shirt and dragging out the rollers, brushes, and trays. And I hope Jesus isn’t doing the work alone; it’s more fun with two people, chatting away and blasting loud music from the living room. So maybe Stephen, the first Christian martyr, is helping Jesus.

Stephen’s death is one of those readings that comes up every now and then to which it’s a little difficult to answer, “Thanks be to God”! In the course of that story, we hear that in attendance was a young man named Saul, and that Saul held the coats of those who murdered Stephen. This is foreshadowing, for Saul went on to have an incredible conversion experience, going from persecuting and arresting Christians to spreading the gospel to Jews and Gentiles all around the Mediterranean. Saul became the Apostle Paul.

And so, in the martyrdom of Stephen, we have a link from Jesus to Paul. I wonder whether, after his conversion, Paul thought back to the way Stephen died. I wonder whether he thought, “When my time comes, I pray that I will be just as forgiving as Stephen! May I just as willingly commend my spirit into God’s hands.” We believe that Paul was martyred in Rome by Emperor Nero. Peter was also martyred, and James and John, and many others. In becoming followers of Jesus, they faced death head on—just as Jesus had. And there are Christians dying for the faith to this very day.

Yet it’s not just the martyrs who commend their spirits into God’s hands. Jesus tells his disciples, “You know the way to the place where I am going.” I think he means, “Believe in me,” and he also means, “Follow me,” yes. But the way of Jesus is the way of death—and this is a way that none of us can possibly avoid. All of us will follow in the way of Jesus because we have no other choice. In dying and rising to new life, Jesus took the one experience that all people have in common and transformed it into the gateway to life. In our burial rite, we express this confidence: “Even at the grave, we make our song: Alleluia, alleluia, alleluia.” And as we say together in one of our Eucharistic prayers: “Dying, you destroyed our death. Rising, you restored our life. Christ Jesus, come in glory!”

For Jesus also promises, “I will come again and will take you to myself, so that where I am, there you may be also.” I have no idea what this means in any scientifically verifiable sense. Some people believe Jesus will appear to everybody in the world, all at once, at the end of all things. Others believe that Jesus comes to us at each of our individual deaths, to lead us onward into new adventures.

But it’s not just about our mortal deaths. Stephen didn’t become a martyr by sitting back and doing nothing. His job was to make sure that orphans and widows had enough to eat. And, indeed, challenging the unjust structures in society that perpetuate suffering is enough to get one killed in many times and places. But the point is that Stephen didn’t just give his death to Jesus—he also gave his life. So did Paul, who would later write to the church in Rome: “Whether we live or whether we die, we are the Lord’s.” 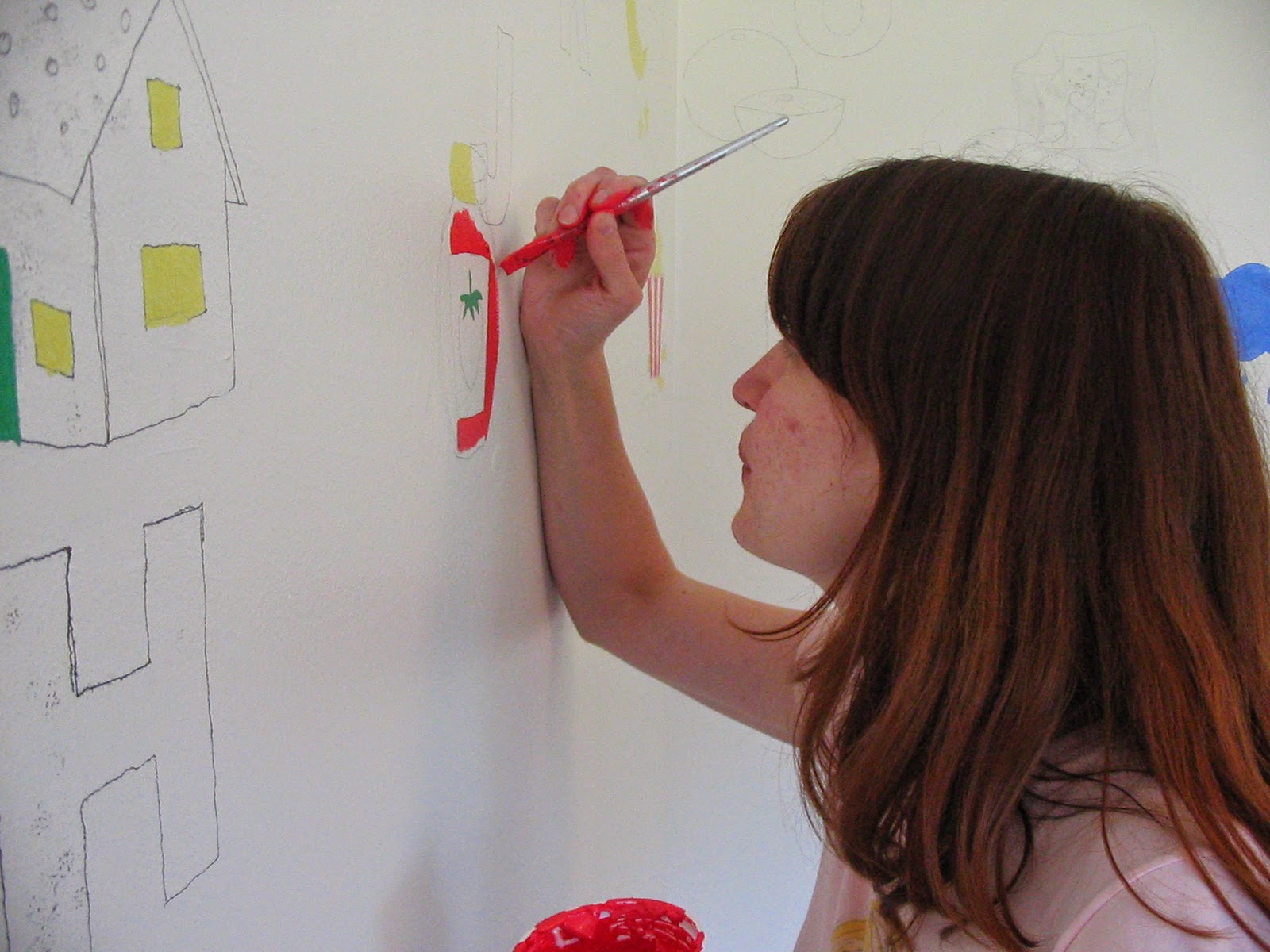 Our baptismal covenant asserts not just that we believe in God, but that we belong to God. Jesus says that those who believe in him will not only believe, but will also do miraculous works greater than his own, because Jesus has gone to the Father. Sure enough, after Jesus ascended into heaven, the Holy Spirit came to empower the apostles for ministry throughout the world. So belief in Jesus leads naturally to imitation of him. What can we do this very week in imitation of Jesus? 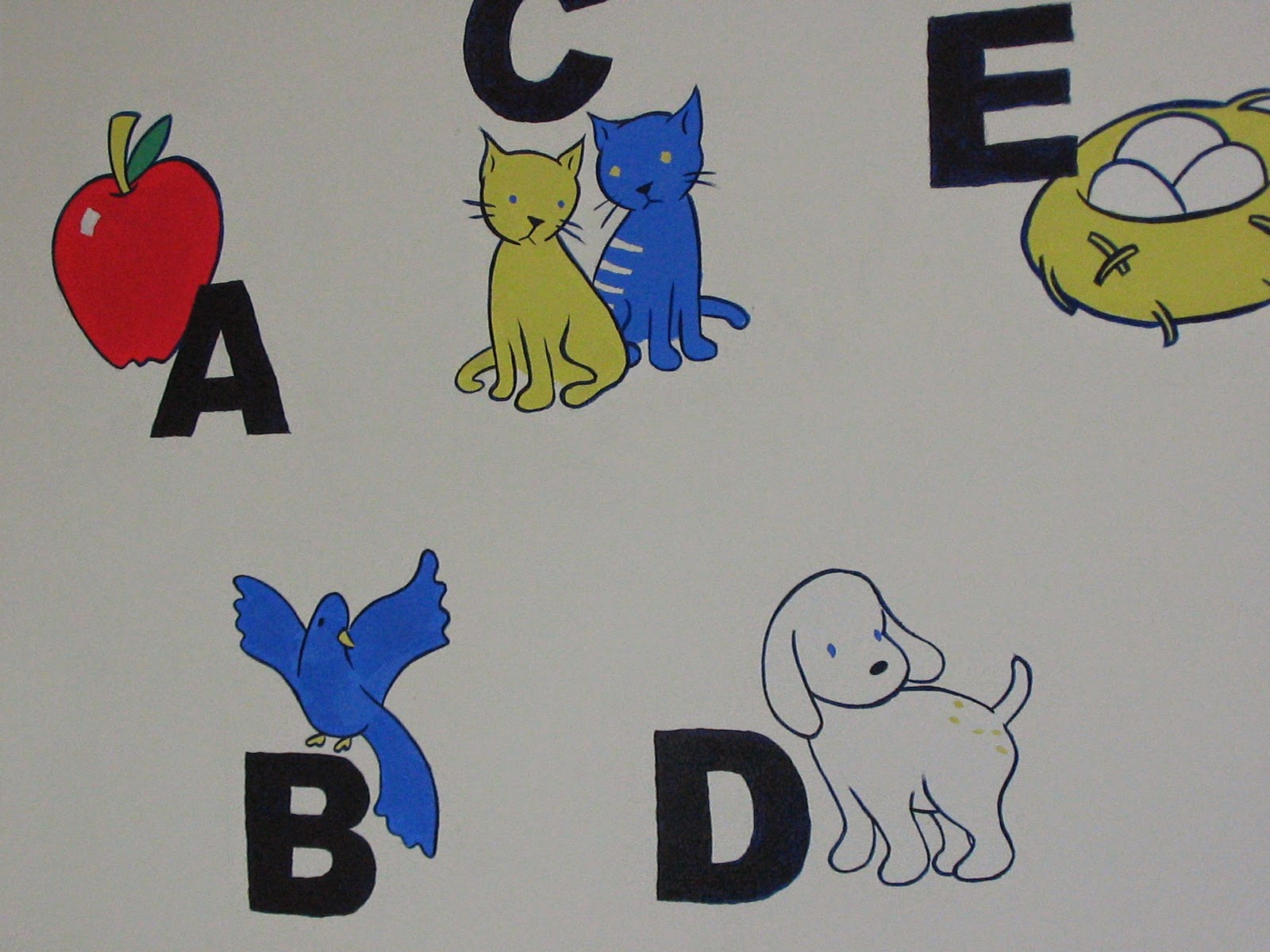 Let’s go back to the nursery for a minute. After the newly painted walls had dried, Christy’s sister designed and painted an alphabet mural for her future niece, so that from her first days, she could be led toward a love of reading. What sort of collage is Jesus painting on the wall in your room? It’s probably something he would like you to learn, rather than something you already know well. It probably speaks of the very work Jesus is calling you into today. Change is coming to your life, and it is happening already, and out of that change will come new opportunities to love others as Jesus loves us. 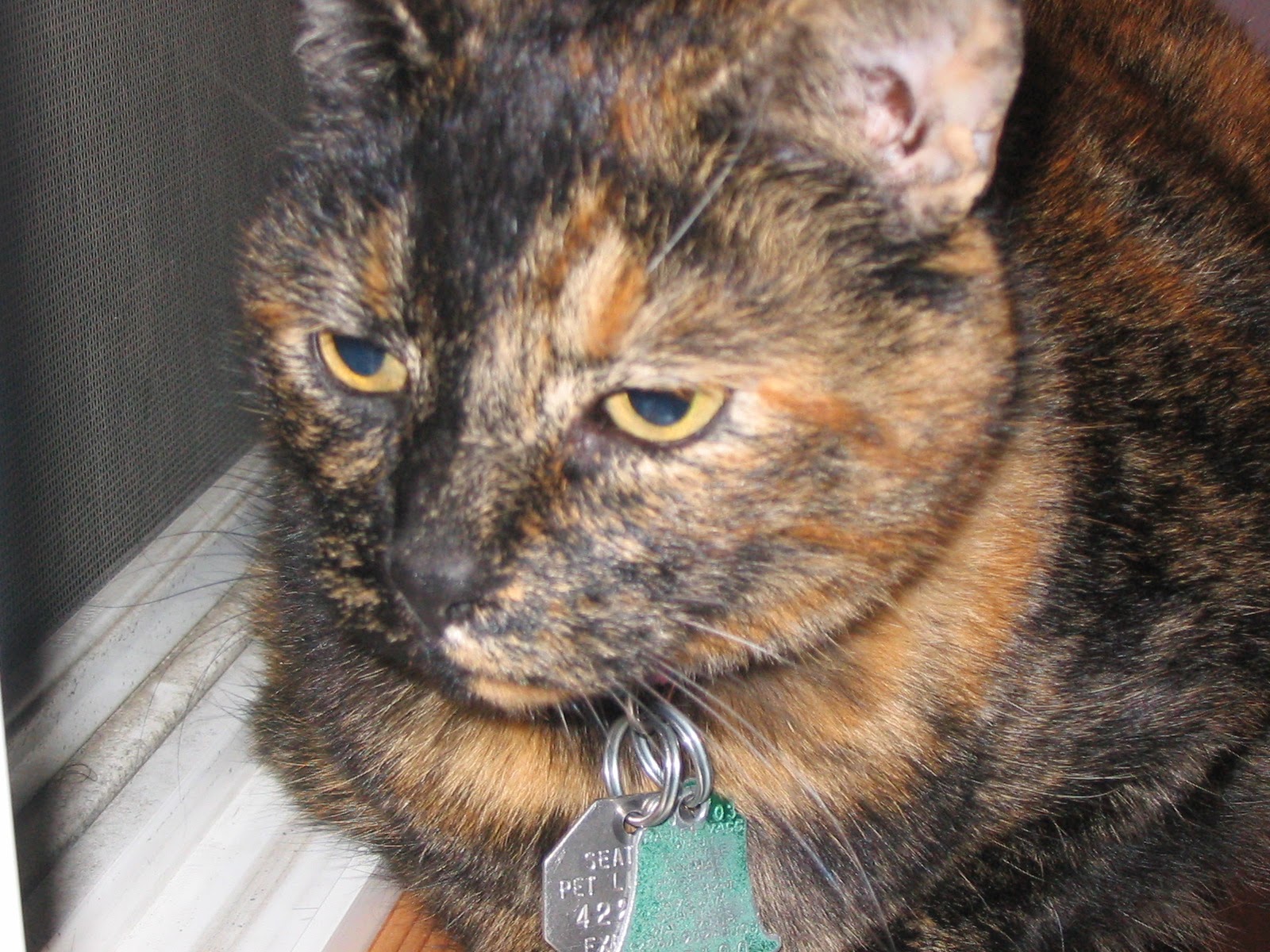 As we prepared our daughter’s room, the cats reacted strongly. The older cat, Epitome, had moved a few times and knew the signs. When we start taping up boxes and moving large furniture, that spells trouble! Henry had only moved once before and was very confused. Not only had he lost his place to sleep, but we also seemed to be spending all our time in a room we used to leave quiet. One night, Epitome was meowing loudly, and I figured out what she wanted. I led her into the empty room and sat with her on the floor for awhile, just looking around the room and speaking softly. Before long, Henry joined us. I think they were reassured that I was aware of the chaos, and although cats never enjoy change, they weathered the storm just fine. 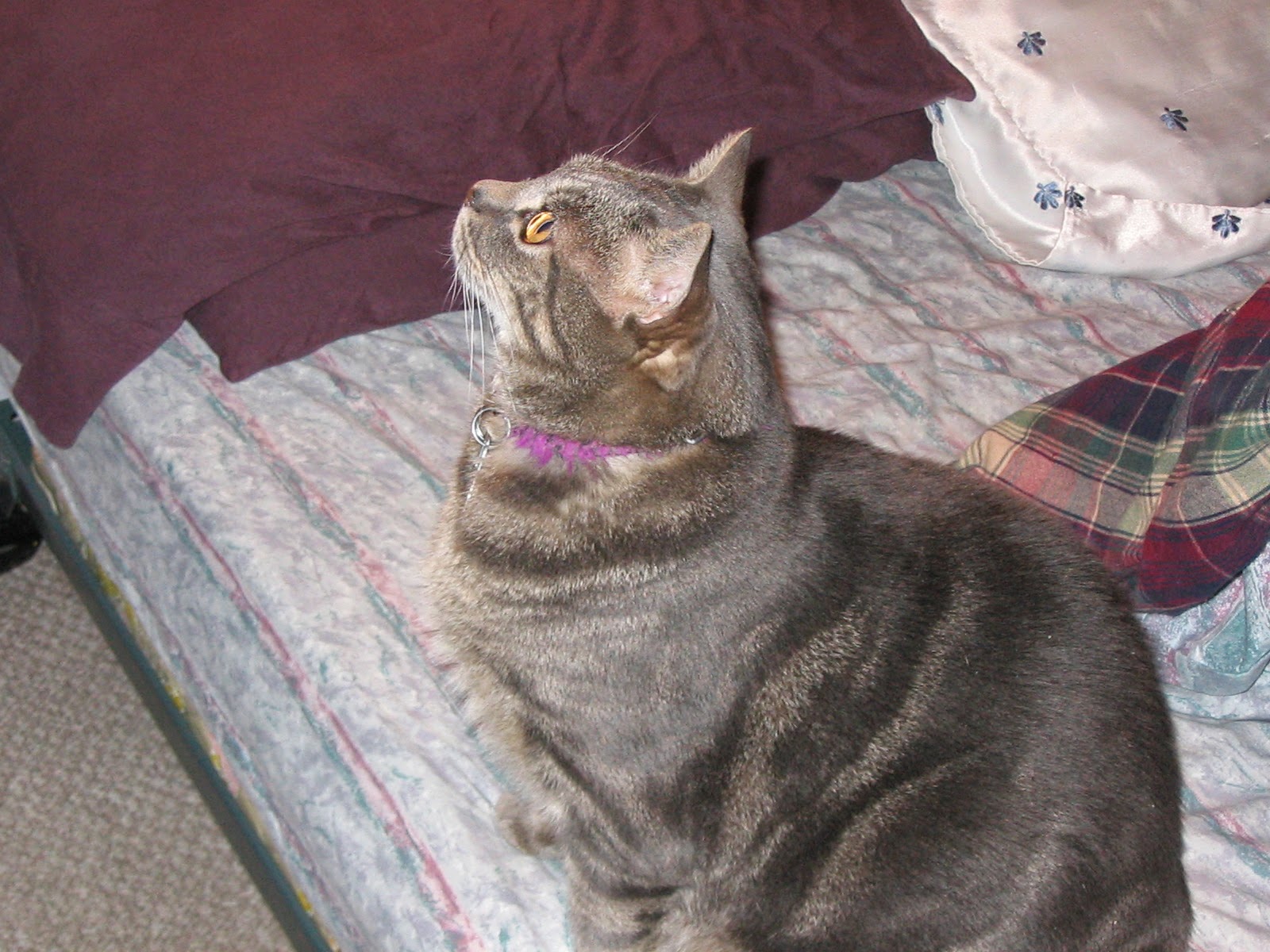 We don’t like change either. It seems strange that creatures fated to change at every moment would be uncomfortable with the concept. But God is actively building the Body of Christ, and that makes us profoundly uncomfortable. When we feel like the world is crashing down around our heads, we can go to God the way Epitome came to me. We can complain in prayer with loud “meows.” And God will come into our room and be with us, not making the change stop, but letting us know that change is ultimately good and that God is guiding the process, no matter how uncomfortable or even painful it becomes.

Jesus went ahead of us to prepare our room in God’s Kingdom. Stephen and Paul and millions of others have followed, and our turn will come … and has come. For the Kingdom of God is not just beyond the grave, but also here among us today. Our room in the Kingdom is still being prepared, but we also live in the chaos of it right now, and the miraculous works we do in Christ’s name reveal it for others to see. To ask for something in Jesus’ name is to act out of love for the sake of others, and Jesus will grant every such a request in his own way. The paint isn’t even out of the can yet, but we can feel that the work is well under way. It’s inconvenient and messy, and sometimes we hate it. But from Jesus’ perspective, we are babies in the womb, kicking against ribs and bladder, not yet able to imagine all the wonders to come. Amen.
Posted by Josh Hosler at 11:44 AM No comments: